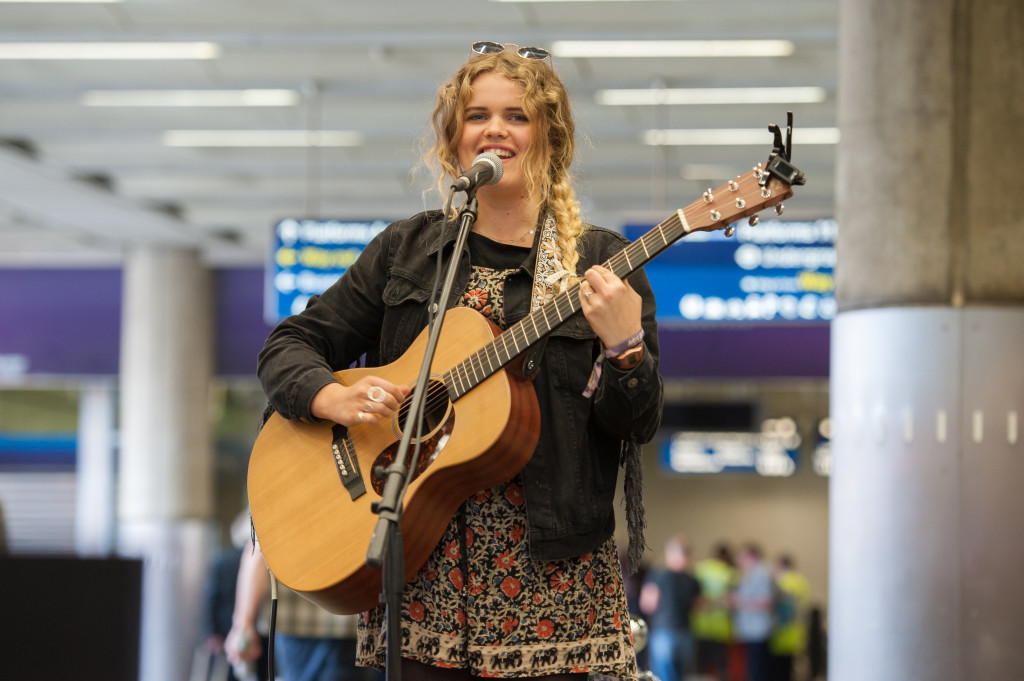 We caught up with Daisy Clark, the 19 year old singer who has recently shot to fame after her internet video went viral.

1. SO DAISY, YOU’RE A PRETTY BIG DEAL NOW! DID YOU EVER IMAGINE THAT THINGS WOULD EXPLODE LIKE THIS AFTER THAT ONE VIDEO?

I never imagined a video I made would get that many views! I have made a lot of YouTube covers in the past and I always hoped one would do well… so when the views kept going up I was ecstatic. There were so many lovely comments on the video which was so nice to see. You can sometimes worry about comments on the internet but 90% were so supportive.

2. WHERE DID THIS GREAT LOVE OF SINGING COME FROM?

I’ve always been interested in singing and performing since I can remember although I think it also comes from artists who inspired me when I was younger. My mum would play CDs in the car on the way to school and I loved listening to Kelly Clarkson, Avril Lavigne, KT Tunstall and Taylor Swift. There was a range of different genres, which has really helped me musically with song writing.

3. WHAT DO YOU PLAN TO DO NEXT, NOW THAT YOU ARE PRETTY MUCH A HOUSEHOLD NAME?

The St Pancras International performance was really fun as it felt kind of spontaneous to just stand up and sing in front of everyone. It was great when people started to gather around and got their phones out to film me and take pictures. I really love festivals as they have such summery vibes but playing in a buzzing train station in front of an un-expecting audience was so much fun.

4. YOU CURRENTLY LIVE IN CORNWELL, ANY PLANS TO MOVE TO THE BIG SMOKE?

As much as it’s great being able to come to London often and perform in amazing venues… Cornwall has my heart! I don’t see myself moving any time soon, and if I did it would possibly be in a smaller city. A happy medium between Cornwall and London! However I do love being able to travel.

5. WHEN YOU’RE VISITING LONDON, WHERE DO YOU LIKE TO HANG OUT?

I love Oxford Circus and all the shops…you don’t need to ask me twice to go shopping!

6. WHAT WOULD YOUR PERFECT LAZY SUNDAY IN LONDON LOOK LIKE?