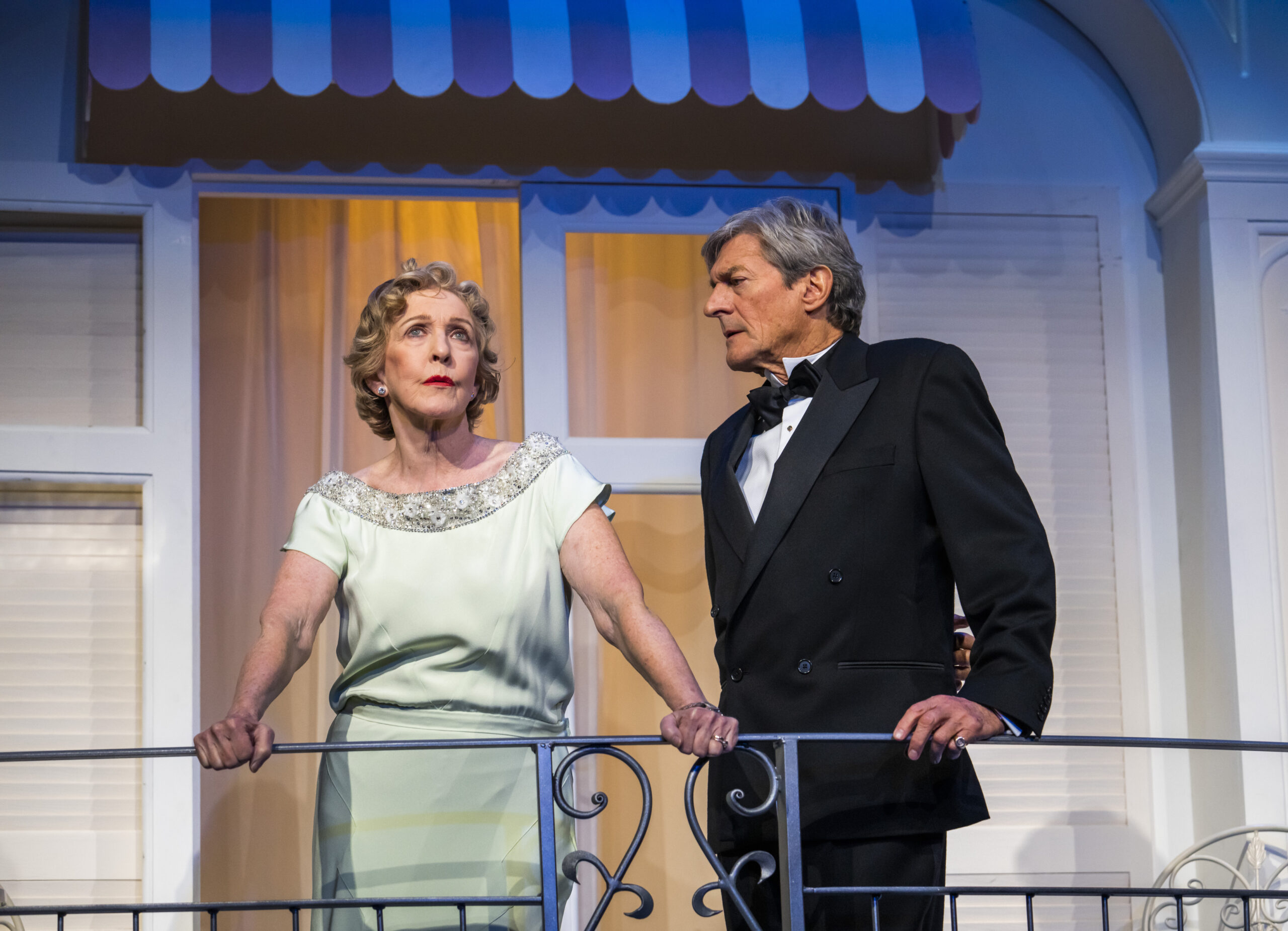 Private Lives centres around divorced couple Elyot and Amanda, who find themselves on honeymoon with their new spouses in adjacent rooms on the French Riviera. As the shock evaporates, they begin sharing cocktails and reminiscing. They are forced to ask themselves: are they better of married and if so, to whom?

Olivier Award winning Patricia Hodge plays Amanda opposite Nigel Havers as Elyot. The two have great spark and wit; however the nature of the second act when it is just the two escalating from passion to volatile arguments does lag slightly. This is especially noticeable as the first act is only 38minutes compared with an hour second act. There’s one moment which was brilliant in its awkwardness- when the characters are taking time out from an argument and fill the time by walking around and fiddling with objects. Contributing to this tense atmosphere was the silence of the audience. 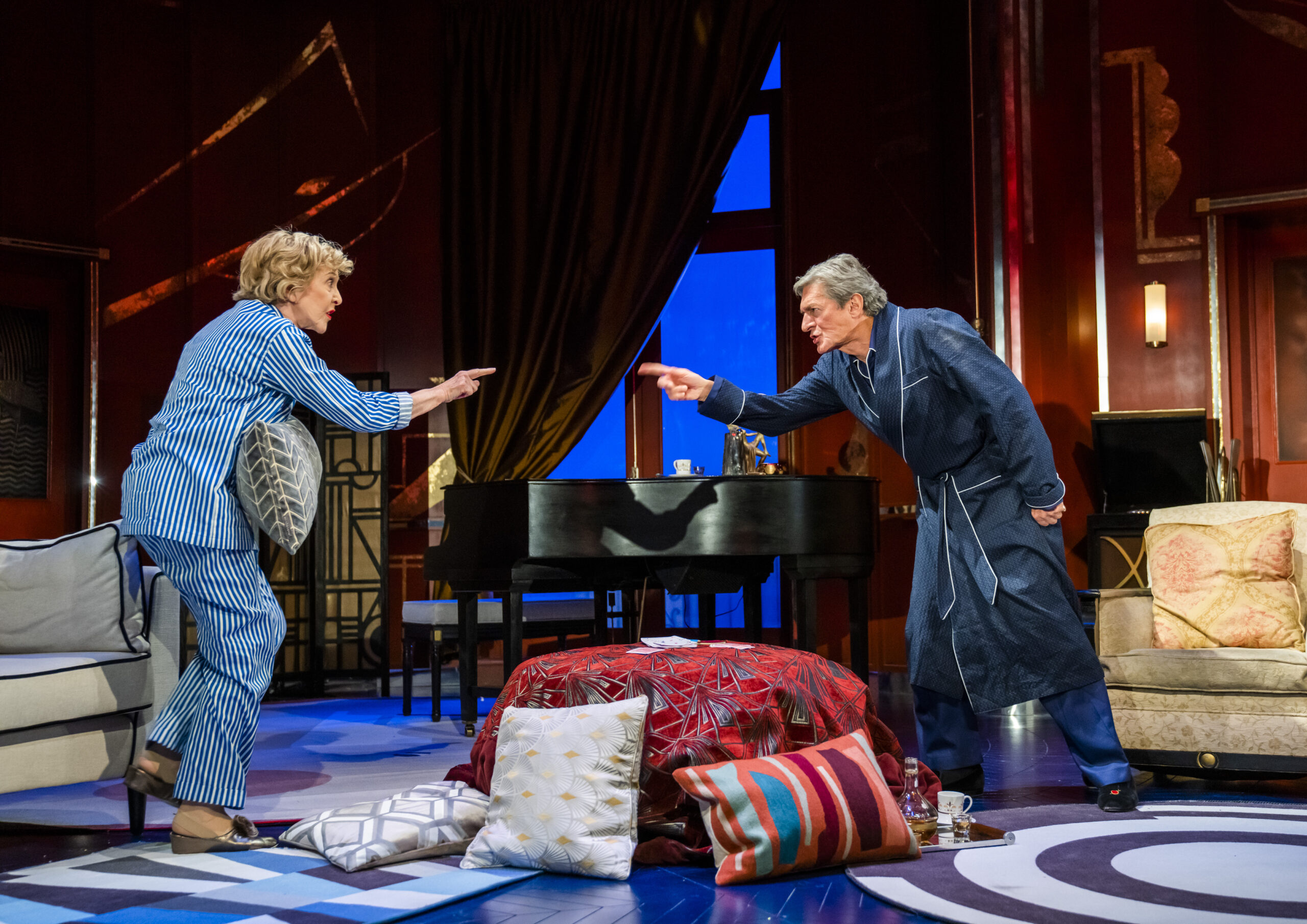 Dugald Bruce-Lockhart plays Victor, Amanda’s dull new husband, and brings some comedy in the last part of the play. Natalie Walter plays Sibyl, Elyot’s new wife. Her voice was a little too high pitched and toning it down could create a more likeable character. Aicha Koasoko makes a quick appearance as Louise, the French maid.

Written by Noel Coward in 1930, the dialogue contains jokes aimed at perhaps an older populace and uses dark comedy to explore issues within marriages, such as infidelity and domestic abuse. The nature of Amanda and Elyot’s relationship is demonstrated, under Christopher Luscombe’s direction, through physicality and use of the stage, though the brawl could be a little tighter in its choreography 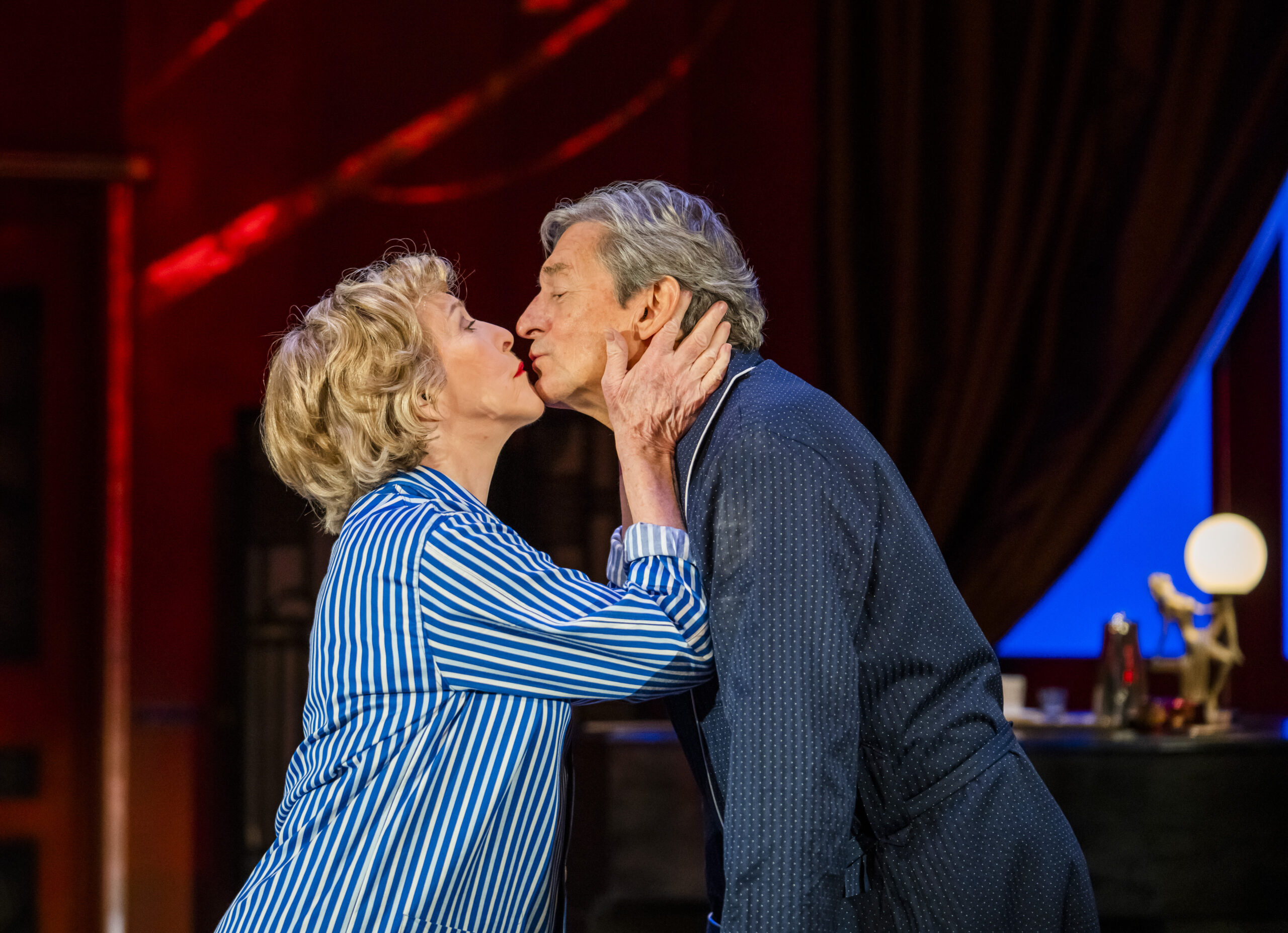 Costumes by Simon Higlett transported us to the 1930s. Higlett’s set design features the wrought iron balconies of the hotel contrasted with the bolder, harsher tones of red and gold of a Parisian flat.

Lighting design by Tim Mitchell enhances the pastel colours of the hotel.

In the first act, the sound of the ocean transported us to sea but at times it was hard to hear the actors, particularly Havers who needed to project his voice especially in the first act.

Produced by Moss Empires and Theatre Royal Bath Productions, Private Lives runs from 9th to 13th November 2021 at Richmond Theatre. Performances are Tuesday to Saturday at 19:30, and Wednesday and Saturday at 14:30. Tickets start at £13.