After-work drinks are what most of us modern-day Londoners live for; a chance to kick back and relax with friends after a day in the office, whilst sipping on our favourite tipple. And where place better to enjoy some juicy cocktails than Barrio Soho. Having recently been refurbished, the bar has transformed with a fab new look, brand new cocktail menu, and an exciting Mexican-centric food menu. 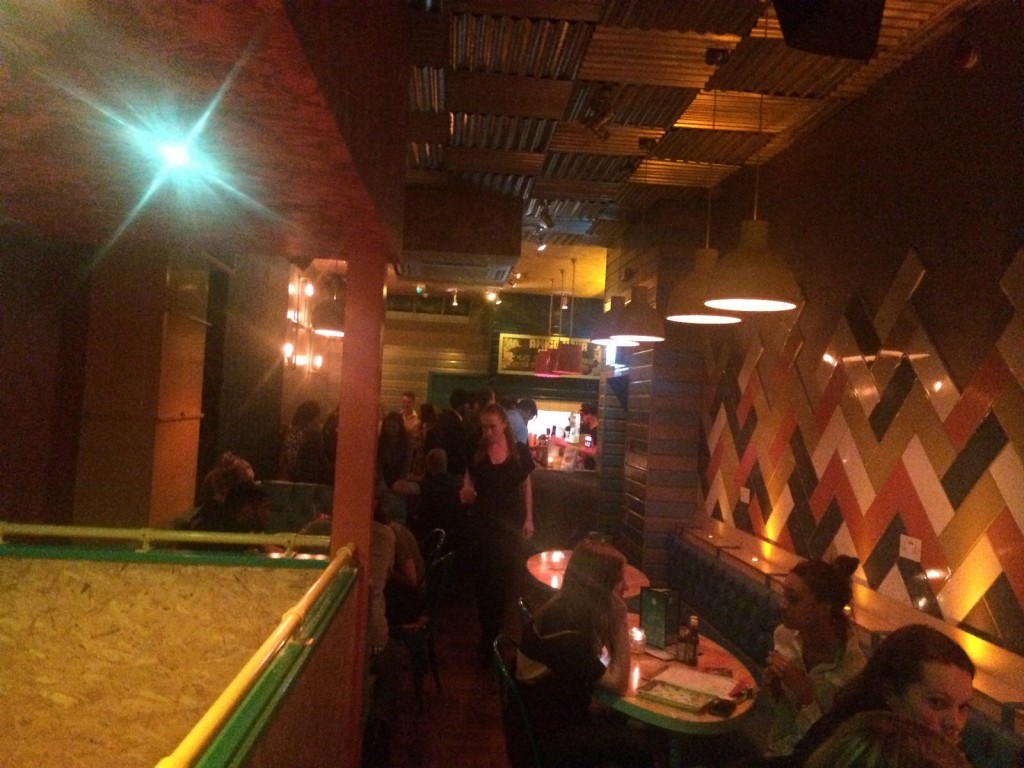 Having enjoyed drinks and food at Barrio Soho a few ago, I was intrigued to see the change. It was great to see the bar sporting such a fresh new look. The interior is full of warm, earthy colours with colourful criss-cross tiles on the wall and the ceiling featuring a chess-style aluminium look. The atmosphere is laid-back and relaxed, and we felt very much at home.

The new menu, designed by recently appointed group head chef Ernesto Pavia, features everything from antojitos (Mexican street-style tapas) to tasty tacos and sharing platters. Originally from Peru, Pavia has based the menu on his Latin American and Peruvian roots, injecting soul and passion to the authentic food. 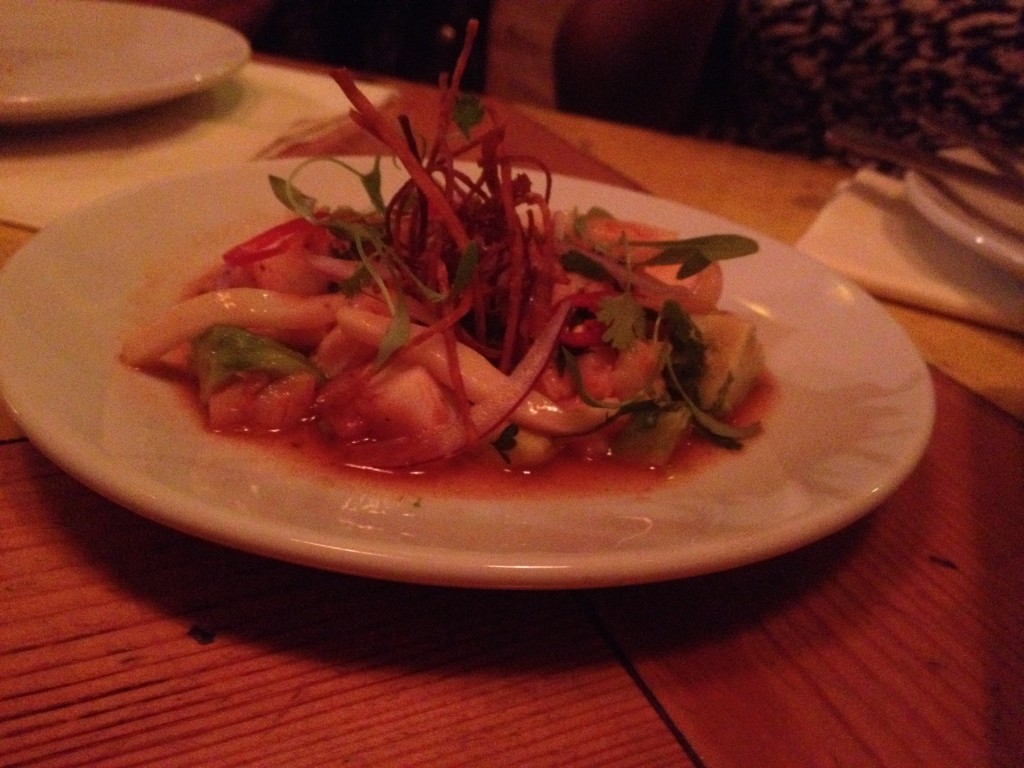 On arrival we were greeted with a dish of tortilla chips served with a delicious dollop of guacamole that had a perfect kick of lime. Plates of antojitos followed, along with tacos on tap. A personal favourite was the Al Pastor tacos; a generous portion of marinated pork topped with slow-roasted pineapple and a dash of coriander. The combination of meat and fruity flavours surprisingly complimented each other and tasted truly exotic. 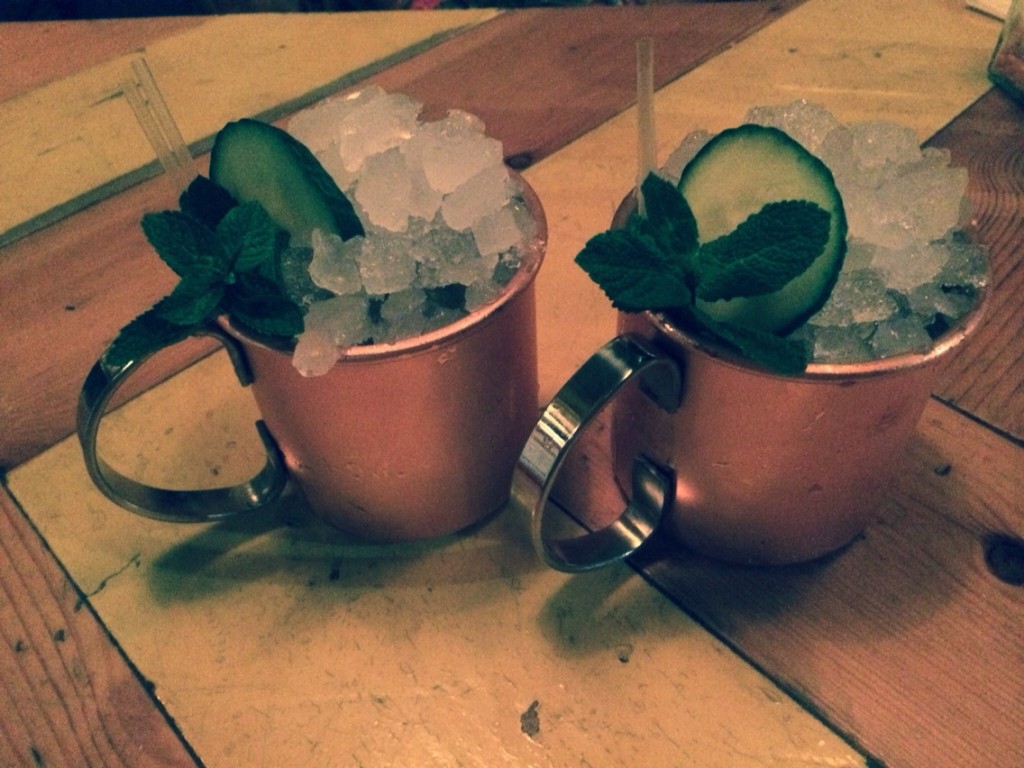 Our first cocktail of the night, was the Rumshackle; a concoction of Santa Teresa rum, orange curacao, pineapple, and lime served with a slice of orange, a sprig of mint, and a cherry on top. Intrigued by its name, we later ordered the Wonky Donkey; served in a brass cocktail mug and made up of Casco Viejo tequila, elderflower, ginger, and lime lengthened with soda. Both cocktails were delicious, fruity, and went perfectly with the food. 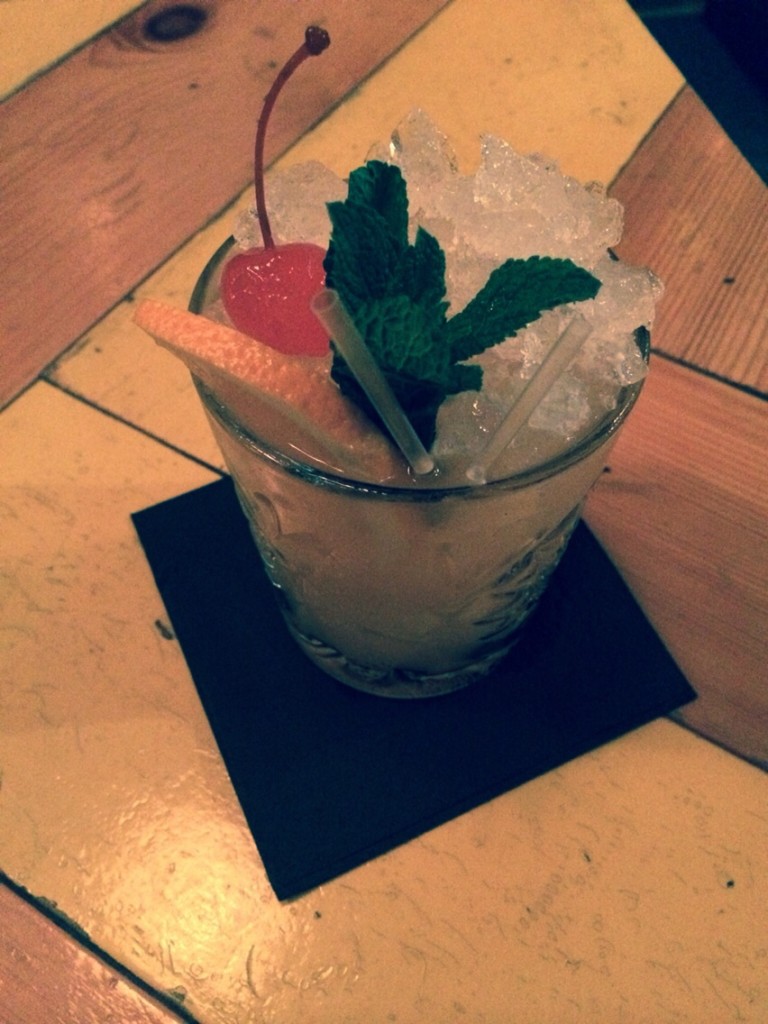 Despite it’s revival Barrio Soho has maintained its party vibe with live music playing downstairs, so you can continue the Latin-American fiesta into the early hours of the morning.

Whether you’re looking for somewhere to enjoy mid-week drinks, a first date, or a delicious meal you’re sure to have a fabulous night at this hip hangout. 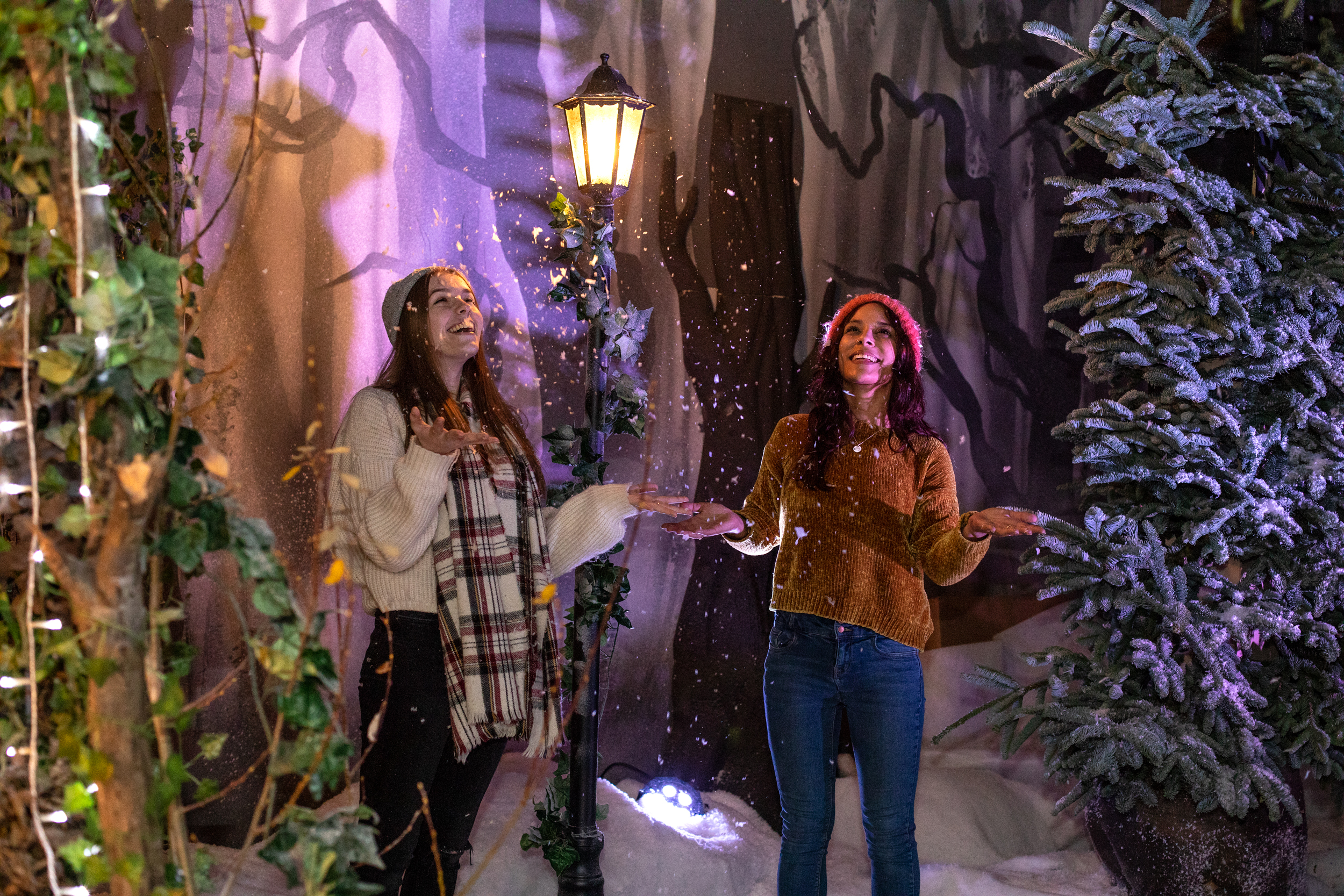 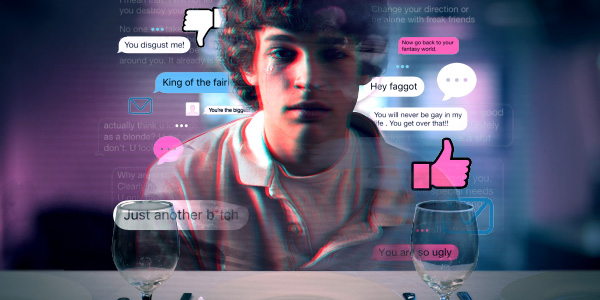