The Vaults is London’s home for immersive theatre and alternative arts. The newest production is the highly anticipated Sounds and Sorcery which is inspired by the all-time favourite 1940s Disney’s Fantasia. Grab your headphones and step inside this multi-sensory show.

Make your way through the many rooms, in search of fairies in the magical forest, the erupting volcanos and one not to be missed is the sorcerer’s lair. Bringing these characters to life are Natasha Volley as the famous sorcerer, Anna Alvarez, Samuel Cole and Molly Scott as the broomsticks.

In the very entertaining Dance of hours you will find Miranda Menzies, Angelo Paragoso, Phil Sealey, Janina Smith take on the roles of a crocodile, Hippo Elephant and Ostrich. Each performer within the few immersive sections of the production, do a great job at bringing their characters alive which had me reminiscing of my favourite parts of the movie.

Leopold Stokowski and the Philadelphia Orchestra joined forces with Walt Disney and his team of top talents to create a form of motion picture entertainment that was unlike any that preceded it. With eight diverse pieces of classical music selected for the program, Disney and his story-men and artists took on the challenge of finding the appropriate images.  Their goal was to create music you could see and pictures you could hear. It was the very first motion picture to use stereophonic sound. 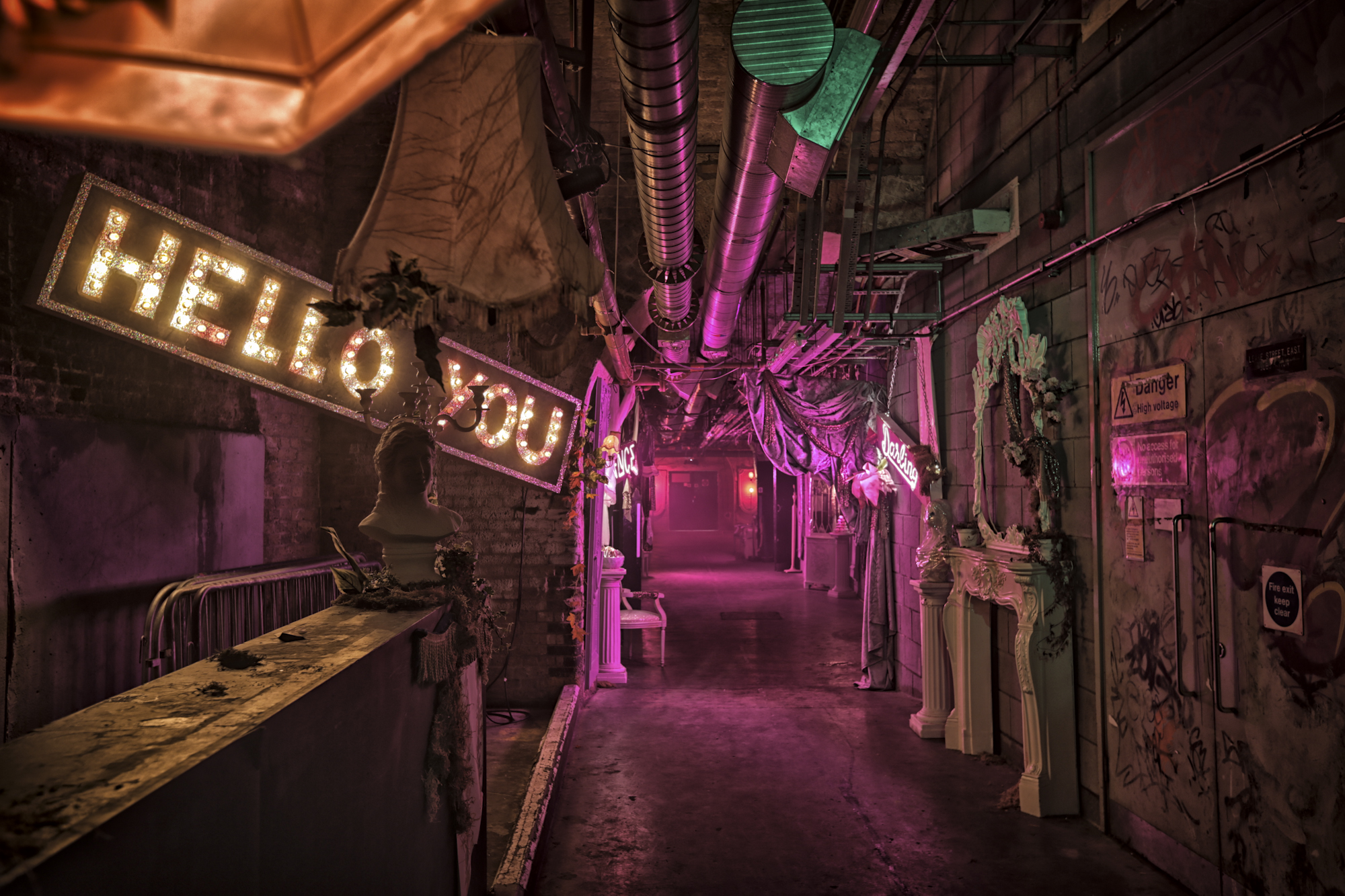 The production is directed by Daisy Evans, the founder and Artistic Director of Silent Opera whose work focuses on the use of headphones to bring classical music to new audiences. Design for the production has been created by Kitty Callister in collaboration with a variety of artists who have created the installations.

Under the musical direction of Stephen Higgins, a 96-piece orchestra has created a new recording especially for the experience, featuring The Sorcerer’s Apprentice, The Rite of Spring, Night on Bald Mountain, Nutcracker Suite, Toccata and Fugue in D Minor, Dance of the Hours and Ave Maria.

Open until 30th of September.