Every year I visit the illuminated Christmas extravaganza that is Winter Wonderland. Gentlemen, if you’re taking your girlfriend there do it on a Sunday evening. The Marble Arch Primark will be closed thus preventing your girlfriend from dragging you into this hellish world of retail misery. Winter Wonderland is also far less busy on Sunday evenings also.

This may have been partly because of the torrential and incessant downpour, but I at least didn’t have to queue for over an hour like last year. Once inside there are hundreds of Christmasy stalls with everything from knick-knacks to decorations to wooden ties. I can only assume the wooden tie stall survives solely because of people buying them for relatives they despise. 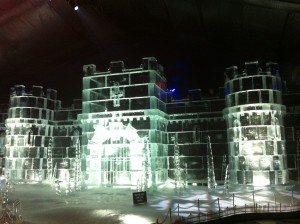 The shops and products are remarkably similar to the Christmas market along the Southbank outside the BFI. The prices are also on the extortionate side but entry is free at least. Jewelry, hats, wooden carved animals and decorations give you plenty of options for last minute Christmas gifts. Upon seeing the ornate wooden animals one impressed American lady asked “did you make these yourself?” “No” replied the stall owner with a frown. I felt her sales patter lacked charm.

There are plenty of fun fair rides and games that you almost definitely won’t win on. You can throw hoops, darts, basketballs and many other objects at deceptively difficult targets. Here came my annual humiliation at the hand of the coconut toss. Every year I stride up confidently, buy 3 balls and then throw them straight into the floor. I enjoy it never-the-less. Or maybe I hate it, I’m not sure. 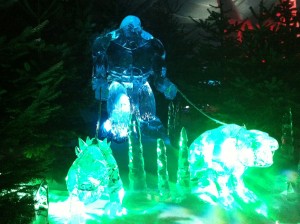 We bought tickets in advance for the Ice Palace and I was very glad I did. This was an inside walkway filled with amazingly carved creations ranging from animals, houses, huge ogres and, as the name suggests, an ice palace. The detail and scale of these sculptures were staggering. The temperature is kept at around -5 degrees to keep everything and everyone frozen. With wet feet already this quickly became rather painful. I’d recommend wearing very think socks, gloves and anything else thermal you can find. A huge troll’s toes had snapped off, a stark reminder of the dangers of frost bite.

I stared at the icy, pale, lifeless faces with their expressions frozen and blank. I then stopped looking at the spectators and returned to the sculptures. We eventually came to the large ice palace, which was immensely impressive. One wall had coins frozen into it, which was decorative, but a waste of money. This is a recession after all.  The other side of the palace had a slide for the children. I opted not to use this as my feet were turning numb and I didn’t want them to suffer the same fate as that poor troll. 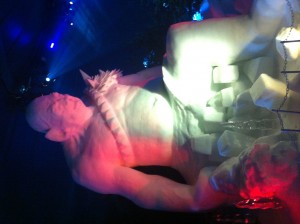 Outside again, in the relative warm, I ate a hog roast roll and had a quick browse of the stalls before exiting. I’d recommend going to Winter Wonderland as it really gets you in the Christmas mood and there’s something there for everyone, even the wooden tie enthusiasts. It runs until 5th January, but I’d go before Christmas. 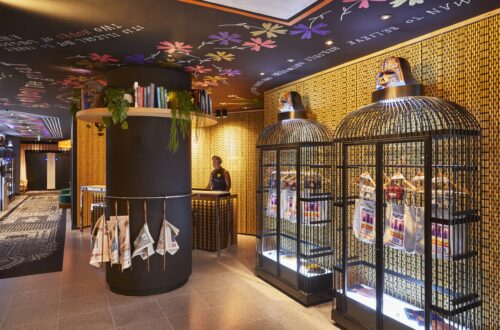 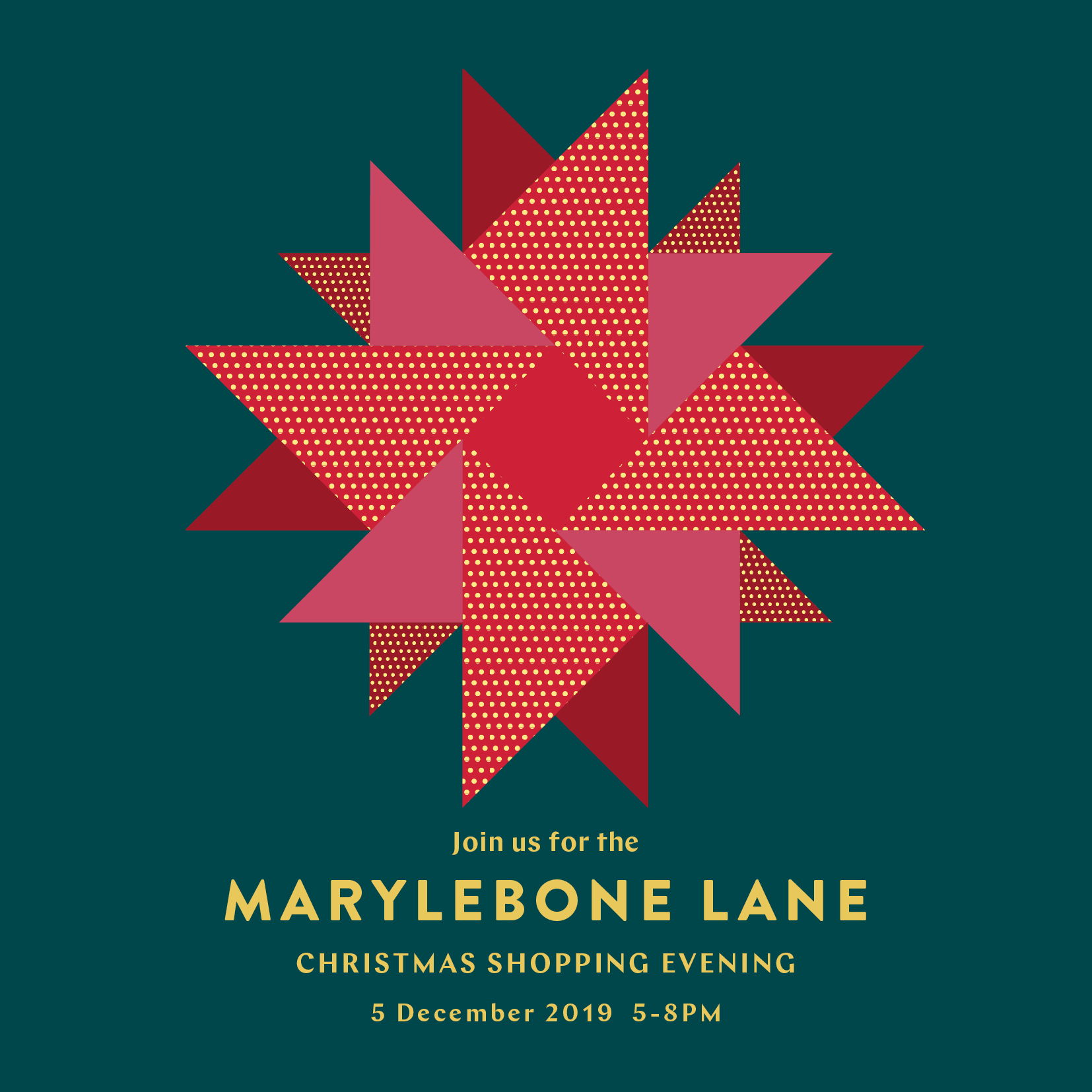 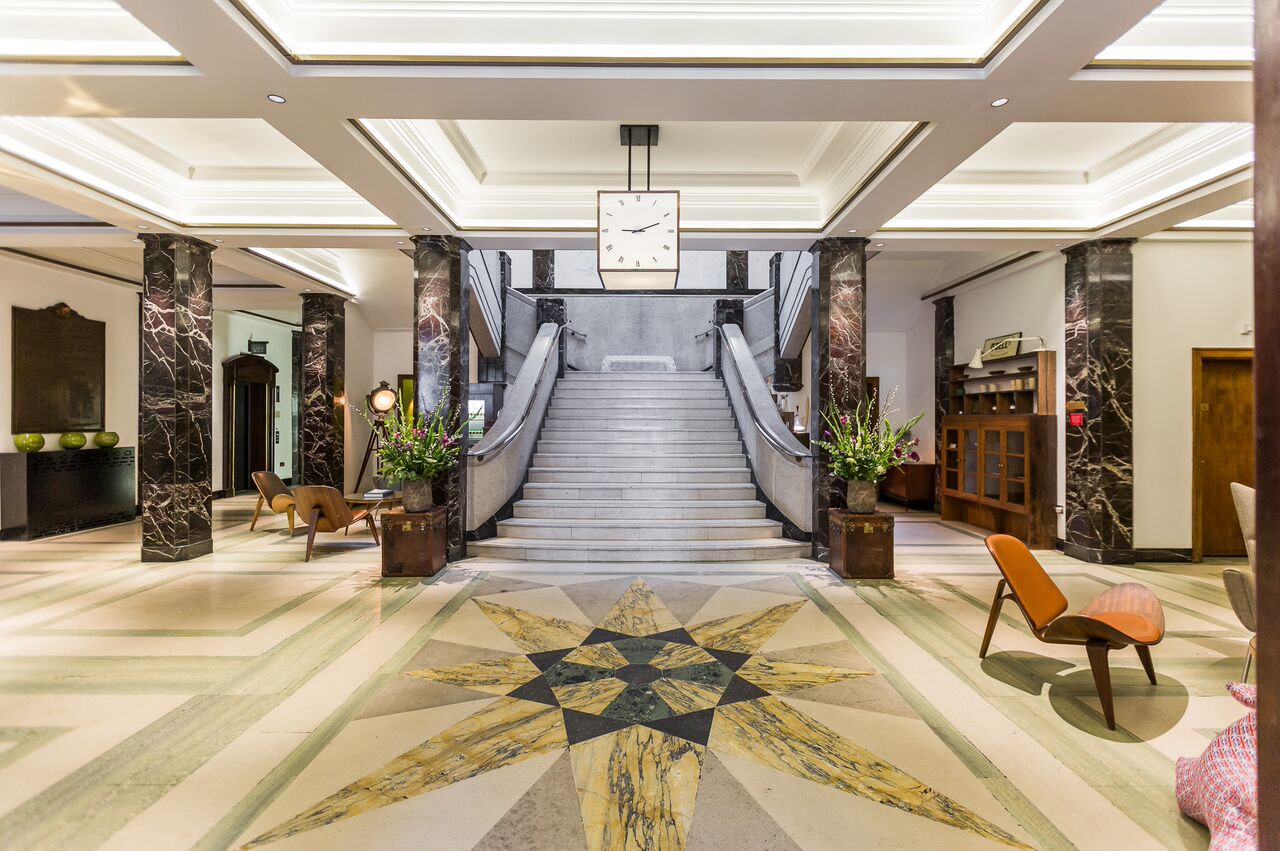