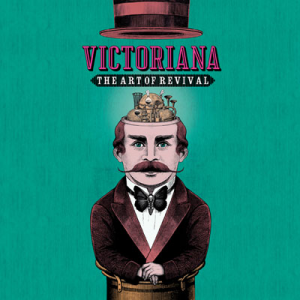 The scene is set; a dimly lit crypt beneath the City of London and Bram Stoker is tapping, toe, heel and cane across the flagstones telling the spell-bound audience the tale of The Judge’s House. Even Poe would be quaking in his boots.

Although I have not actually stepped back in time, it does feel a bit like it. The omnipresence of top hats, evening dress, frock coats and colourful waistcoasts would almost have one believe we are genuinely at a gathering of Victorian great and good to hear Mr. Stoker tell his tales. Sadly, not. Instead we are here to celebrate in style the Guildhall Art Gallery’s Victoriana exhibition (reviewed itself here: http://oninonline.com/victoriana-the-art-of-revival/ ), which means an evening of Victorian entertainment of all kinds and Don’t Go Into the Cellar are doing their thing. 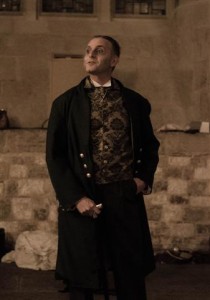 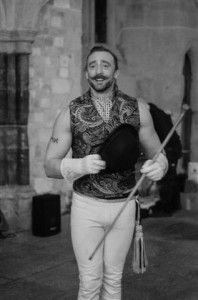 Shortly before this, in the East Crypt, the wonderful Singing Victorians had performed a set of songs from the Victorian period and of that ilk. Playing in full Victorian get-up, complete with top hats with set-lists cunningly stored inside and a wide variety of instruments, they were both musically accomplished and hilarious. They even succeeded in getting the whole audience singing along to a song about a Napoli pizza baker. 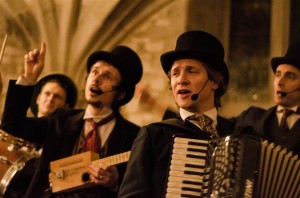 While all this gothic and delightfully ludicrous entertainment had been going on in the East Crypt, the West Crypt was festooned with roses, paper, cushions and chairs. Here Art Macabre had installed themselves and two life models; the lovely Ava Iscariot and the gas-mask wearing Cynth Icorn. This was the neo-gothic take on the classic Victorian drawing class and definitely brought out the artist in much of the audience, who took advantage of the reams of paper and drawing utensils laid out on the floor. 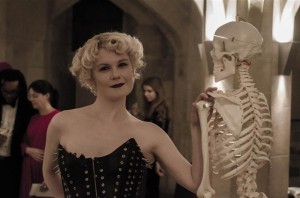 For me, however, the highlight of the evening was still to come. The magnificently moustached Sir Leopold Aleksander: Victorian Strongman. True to form he wore white trousers, sported a cravat and had a formidable moustache. Proceeding to deliver ‘lectures’ on the true qualities a man should demonstrate (in essence, strength), which involved bending steel bars of increasing width. This spectacle really captured what one felt a real Victorian strongman would have been like and was highly engaging at the same time. 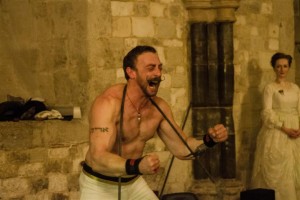 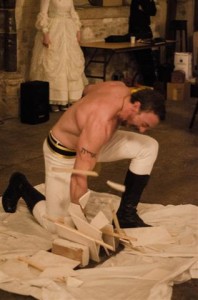 All in all this was a fantastic evening’s entertainment and I will be sure to look out for any of the acts appearing at other similar events. The Victoriana Exhibition itself is well worth a visit featuring some really spectacular artwork and ingenious twists on Victorian kitsch as we know it. The exhibition is on until 8th December at the Guildhall Gallery in the City of London (details here: Victoriana: The Art of Revival). 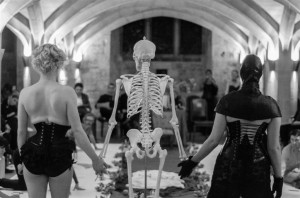 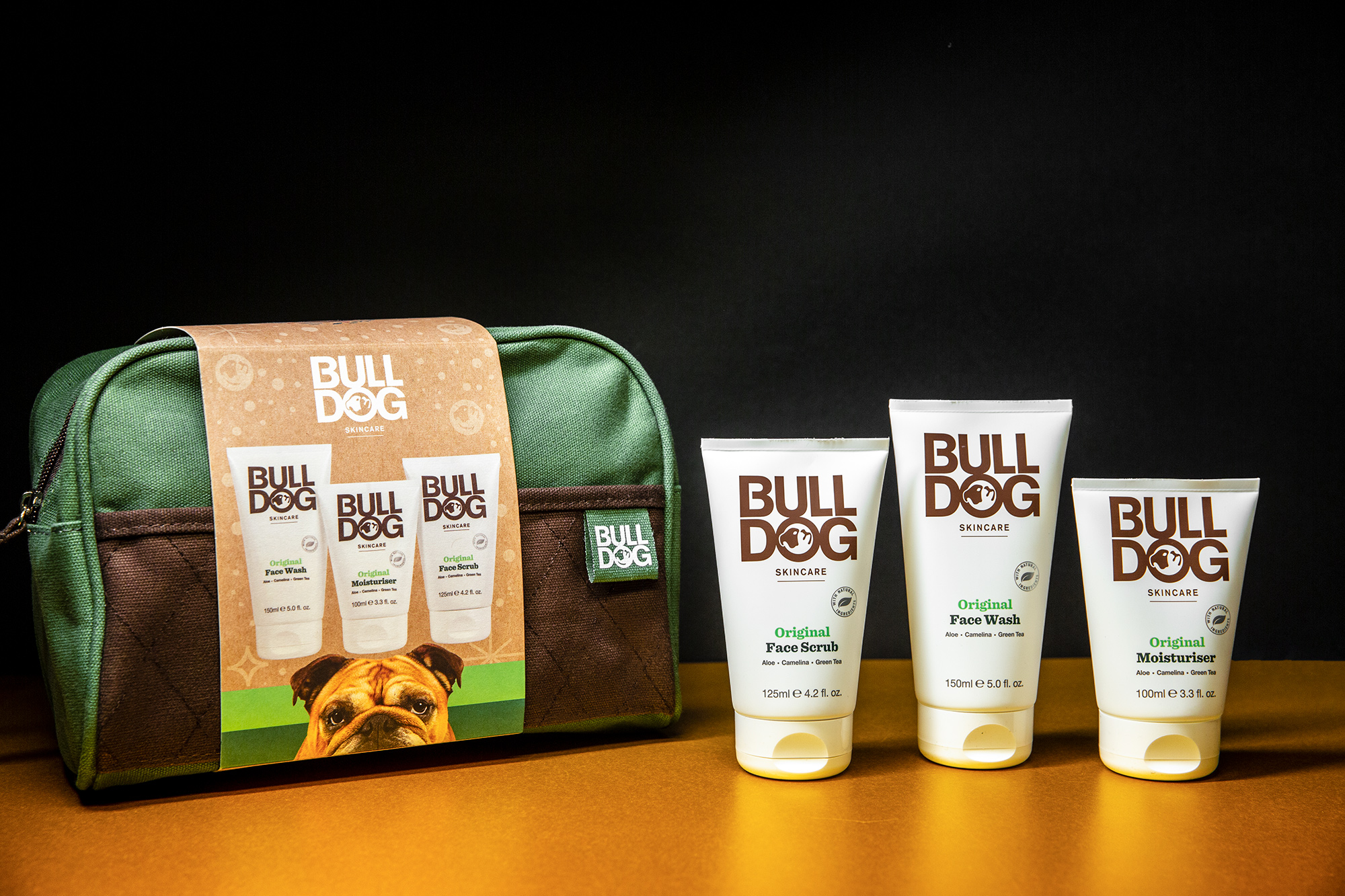 A Season of Urban Art 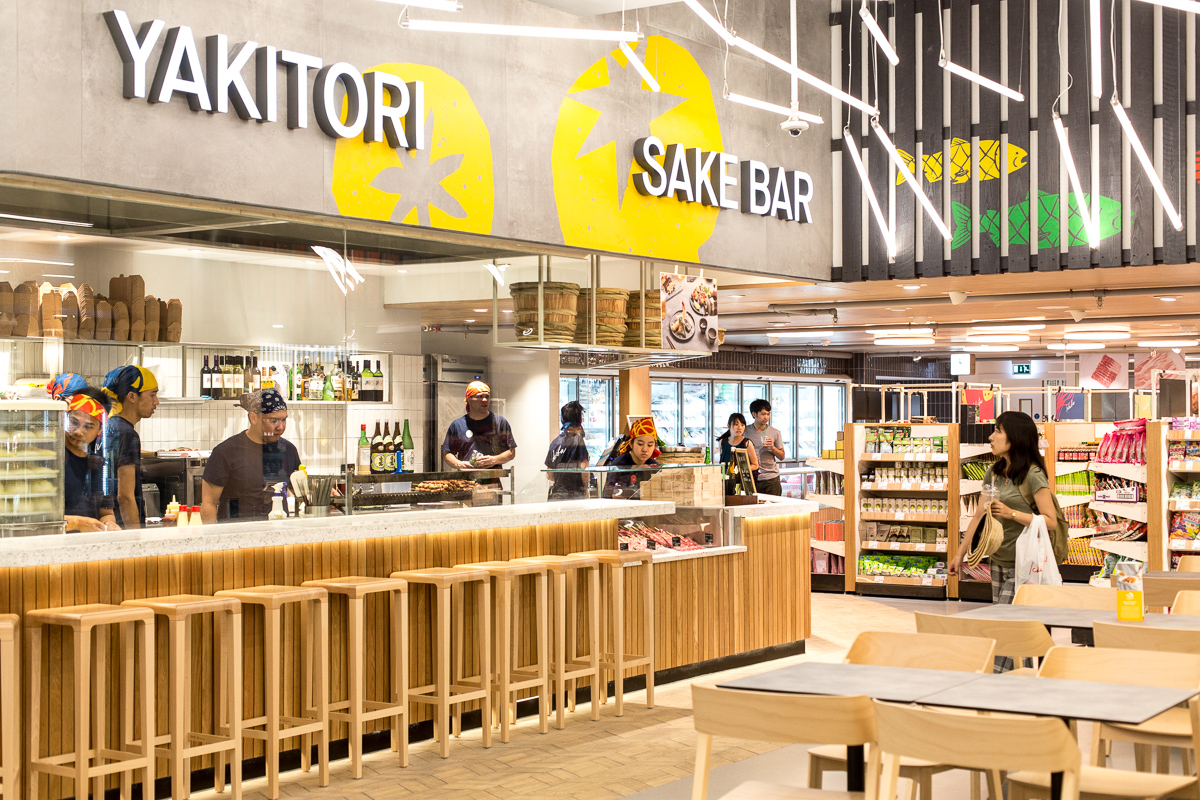