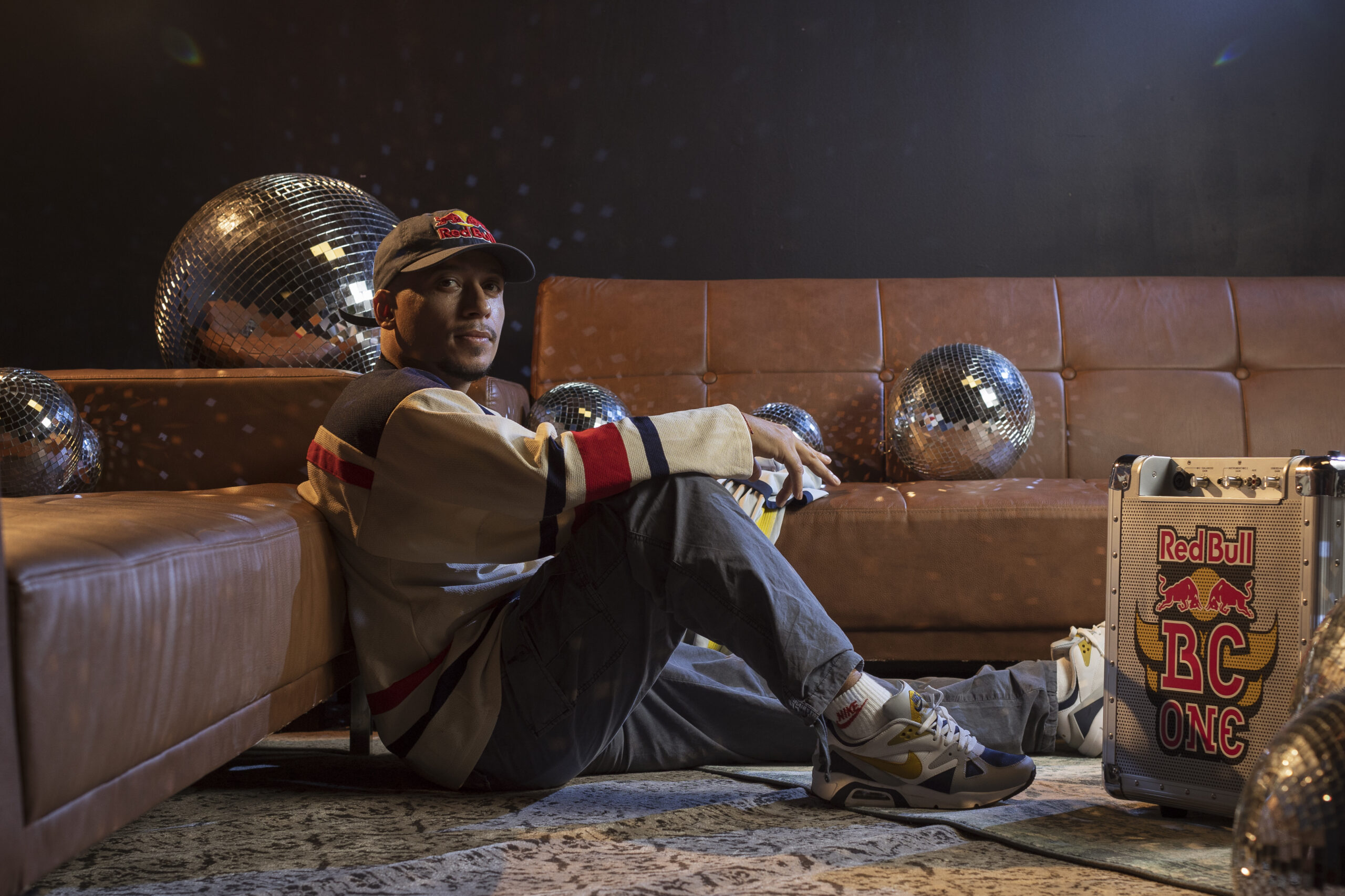 BC One All-Star, Roxrite poses for a portrait at Red Bull BC One Cypher at Warehouse Live in Houston, TX on August 14, 2021.

As the world’s best breakers head to Poland this November for the Red Bull BC One World Championship Final 2021, fans celebrate the return of the world’s biggest one-on-one breaking competition.

Entrants stem from over 60 qualifier events across 30 countries, with the best of the best breakers competing to make it on to the World Stage. The breakdancing competition will see 16 b-boys and 16 b-girls come together in the picturesque city of Gdańsk on the Baltic coast, to compete in epic breaking battles against each other in the most anticipated breaking competition in the world.

The event is set to be even bigger than ever in celebration of two decades of Red Bull’s involvement in the breaking community. It was back in 2001 that the Red Bull Lords of the Floor event took competitive breaking to new heights, followed by Red Bull BC One in 2004.

American b-boy RoxRite recalls: “In 2001, I went to Red Bull Lords of the Floor, their first event, and that humbled me. That’s when I realised this was what I wanted to do, and there was no way I was going to another battle like that and not be on the stage in the finals.”

It took him until 2011 to win the crowning title. As he explains: “Red Bull BC One is the pinnacle of breaking because of the magnitude of the event, the publicity that surrounds it, the level of competition that it has. Win the Red Bull BC One, and your name is going to be heard around the world. Nobody else celebrates breaking like Red Bull BC One.” 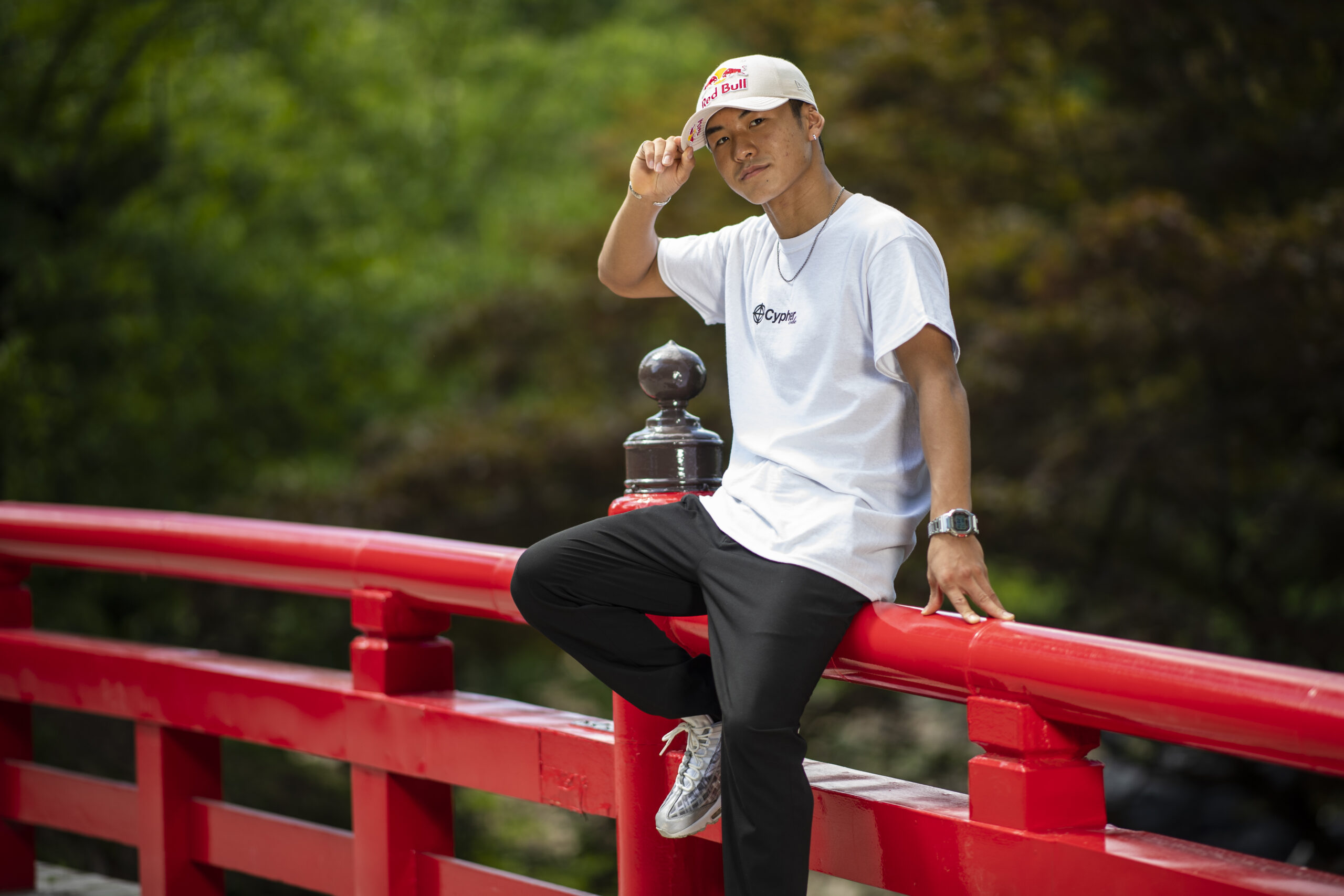 B-Boy Shigekix poses for a portrait during ShiroFes in Aomori Prefecture, Japan on July 5, 2021

Breaking has come a long way since its roots half a century ago on the streets of New York. But creating breakdancing history is not stopping here, as breaking will be making its debut at the Paris Games 2024.

One of the early b-boys was Niels “Storm” Robitzky hailing from Germany, who joined a crew and was thrilling larger and larger crowds with their increasingly acrobatic skills and says, “When you’re doing windmills and flares and all these crazy moves, it’s like riding a rollercoaster without paying, and you get to decide where the rollercoaster is going.”

For Robitzky, it’s important to promote an understanding of breaking culture, “I really want the world to understand the values of this dance – that we can actually change society for the better.”

RoxRite agrees and says breaking holds a universal power that few other disciplines can match. “In most other sports there are rules; in breaking there are none,” he says. “You can just turn on a speaker in your house, and you can be you. You can be free.”

Shigekix said “I learnt a lot from my experience in breakdancing battles at the Red Bull BC One World Final, winning the competition wasn’t the only thing I gained – I also progressed with my career as a b-boy and became a better person, it was a special” 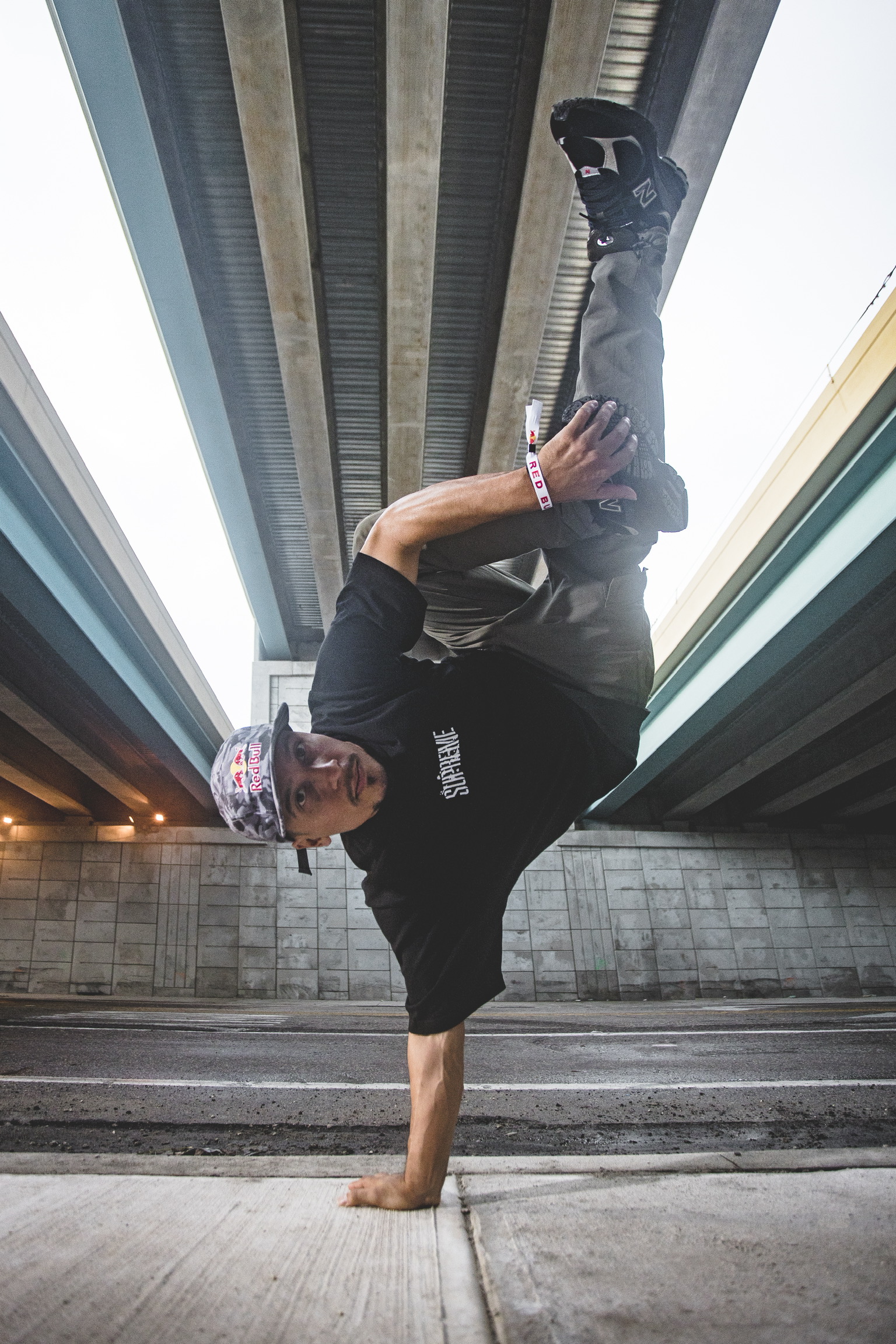 Roxrite poses for a portrait at Red Bull BC One USA Finals in Orlando, USA on August 20, 2021

To buy tickets or to find out more information about the livestream of the Red Bull BC One World Championship Final taking place in Gdansk on 6th November visit: www.redbullbcone.com