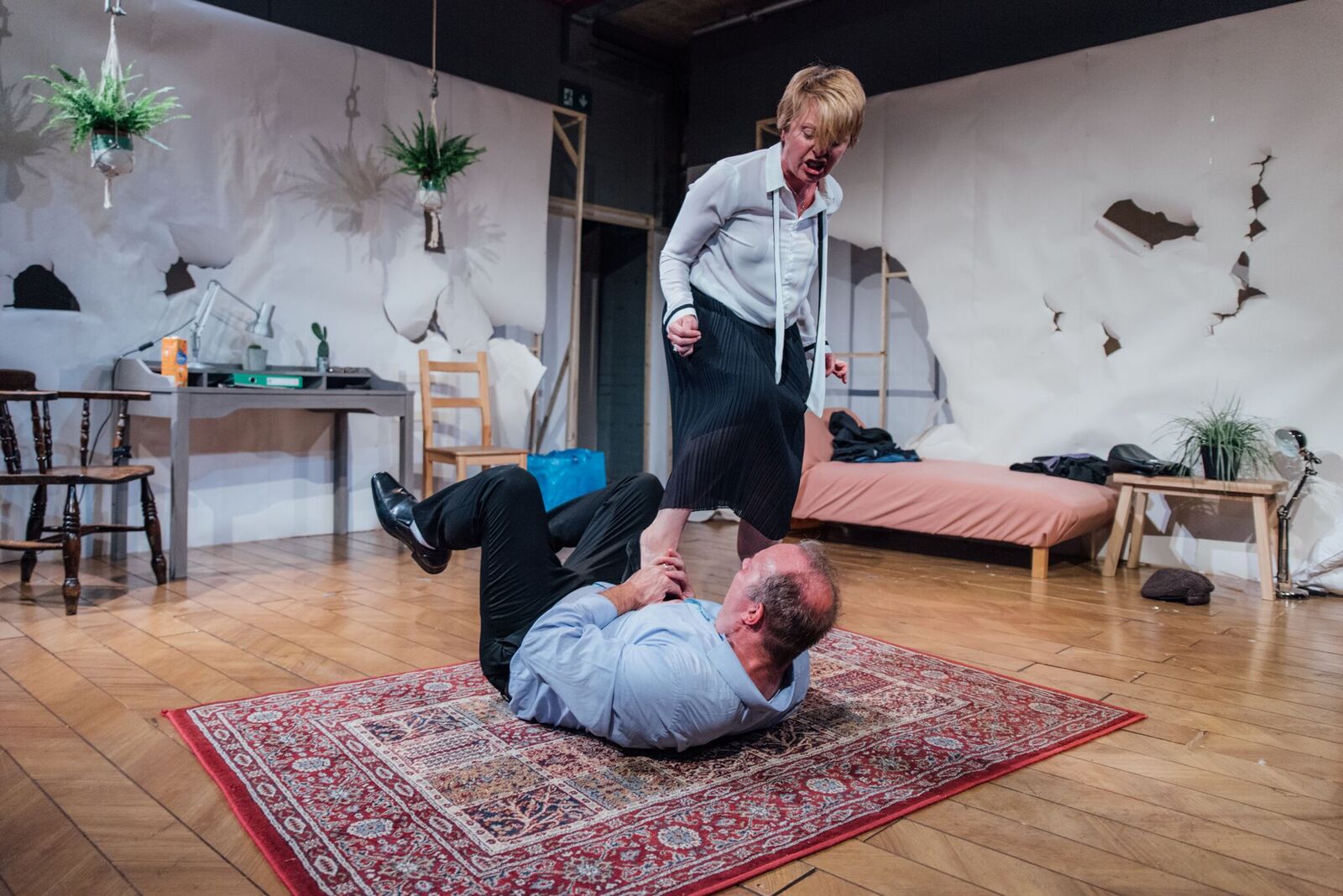 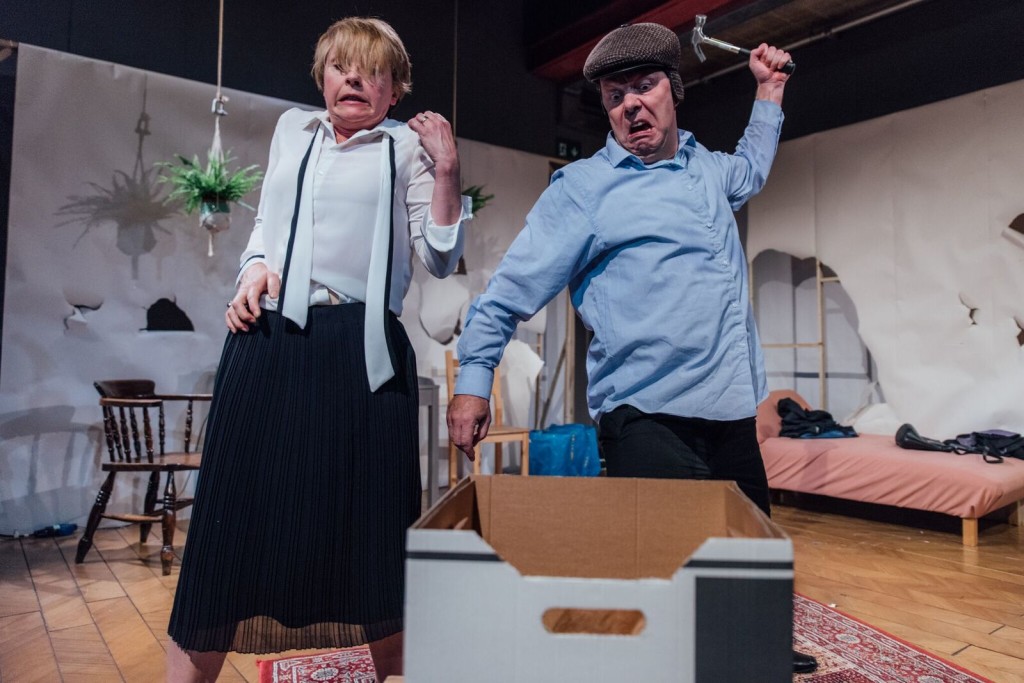 These are the questions posed in black comedy play ‘Rabbits’. Married couple Frank and Susan’s relationship is at breaking point, so Frank decides to take their pet rabbit to be murdered by a psychopath! As the relationship unravels we soon discover that their relationship is not as ‘normal’ as it first appears.

This sharp witted play touches on themes of love, loss, loneliness, sexual politics and more. Fundamentally it’s a play about people: what makes us tick, what drives our ambitions and intensions, who are we individually and in a relationship, and how we sustain relationships over many years. 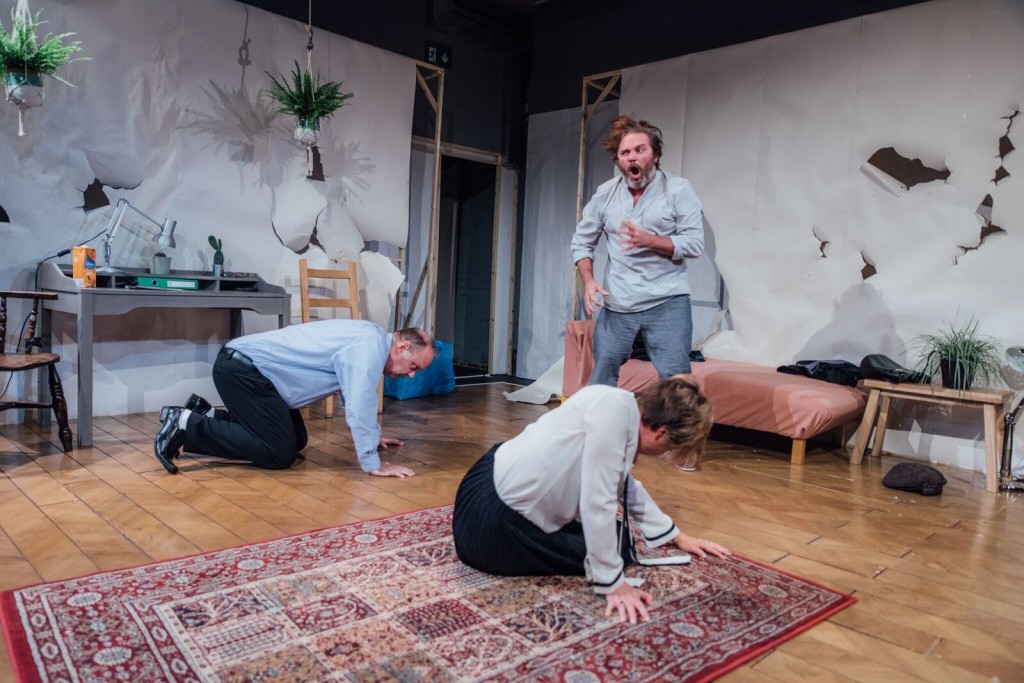 David Schaal plays Frank, Karen Ascoe plays Susan and Alex Ferals plays various roles including a ‘mate’ who may be a psychopath, and the couples’ counsellor. Each actor was strong in their performances both in the quiter moments and the more intense scenes of yelling, though at times it seemed a little over the top.

There was laughter from the audience within the first few minutes and the chuckles continue throughout. The sets are simple and minimalistic. There is no interval so be prepared for the next 90 minutes or so.

Written by Joe Hampson (Skins, The News Quiz) in his stage writing debut, and directed by Sadie Spencer, tonight was the world premiere of Rabbits.

See Rabbits from 26th July to 19th August at Park Theatre. Performances are Tuesday to Saturdays7:45pm and matinees on Thursday and Saturday at 3:15pm. 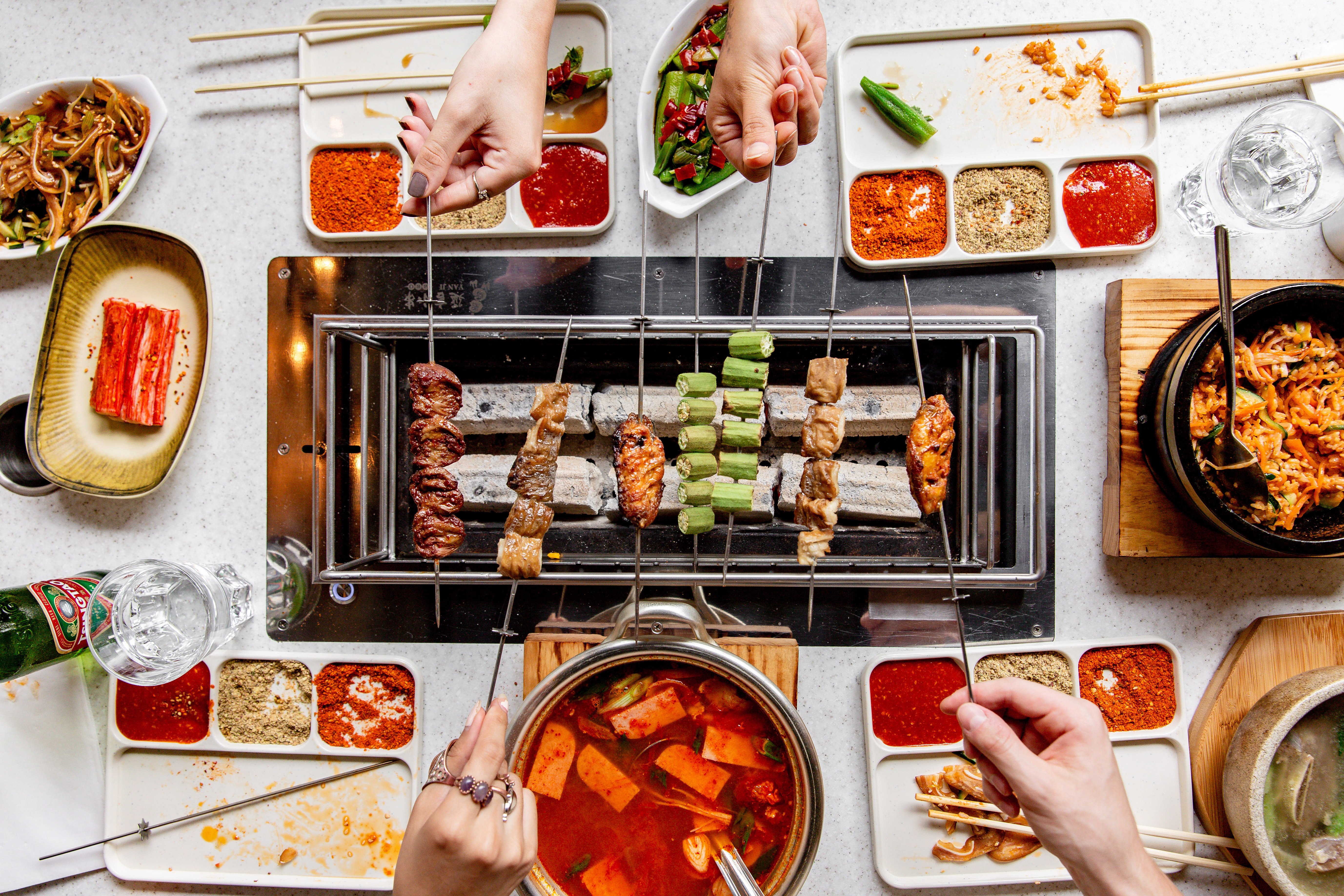 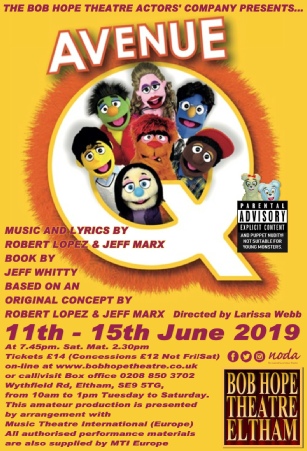