As a naïve but enthusiastic drinker of whisky I was excited to sample the range of whiskies at Whisky Tide. Hosted in partnership between Young’s Pubs and Geronimo Inns this event was in the cosy upstairs room at The Oyster Shed.

The night started with a delicious Highball starter, which is a Japanese drink, 1 part whisky to 3 parts soda with a little shaving of orange peel. Whilst Japanese whisky sounds unlikely, it is becoming hugely popular and renowned in the whisky world and after this evening I could see why. 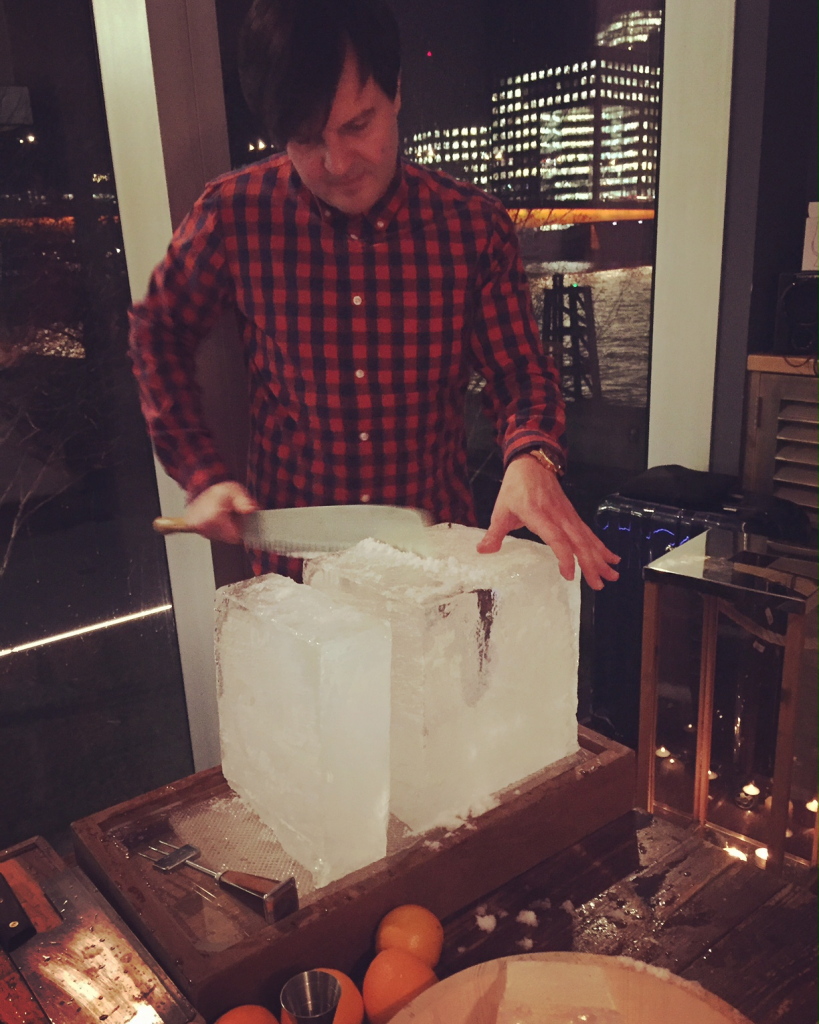 We started with the Hakusho, which our host amusingly explained was a ‘session whisky’. This had a sweet smell due to the barley and the hint of spices. This slid down nicely and really left the tongue tingling as the range of tastes took effect.

Next up was my new favourite whisky, the Hibiki. This was slightly darker in colour due largely to the American, Spanish and Japanese oak in which it’s barrelled. This was the smoothest whisky I’ve tried and also has a subtle sweetness and spice to its aftertaste.

Our educated hosts gave us a crash course education in bourbon, which can be made anywhere but 95% is made in Kentucky. To be classified as bourbon this must have a minimum of 51% of corn in the grain, in addition to the barley and rye which provides much of the flavour. Bourbon is also aged in a new oak container which has been charred on the inside, accounting for around 60-70% of the flavour and colour. 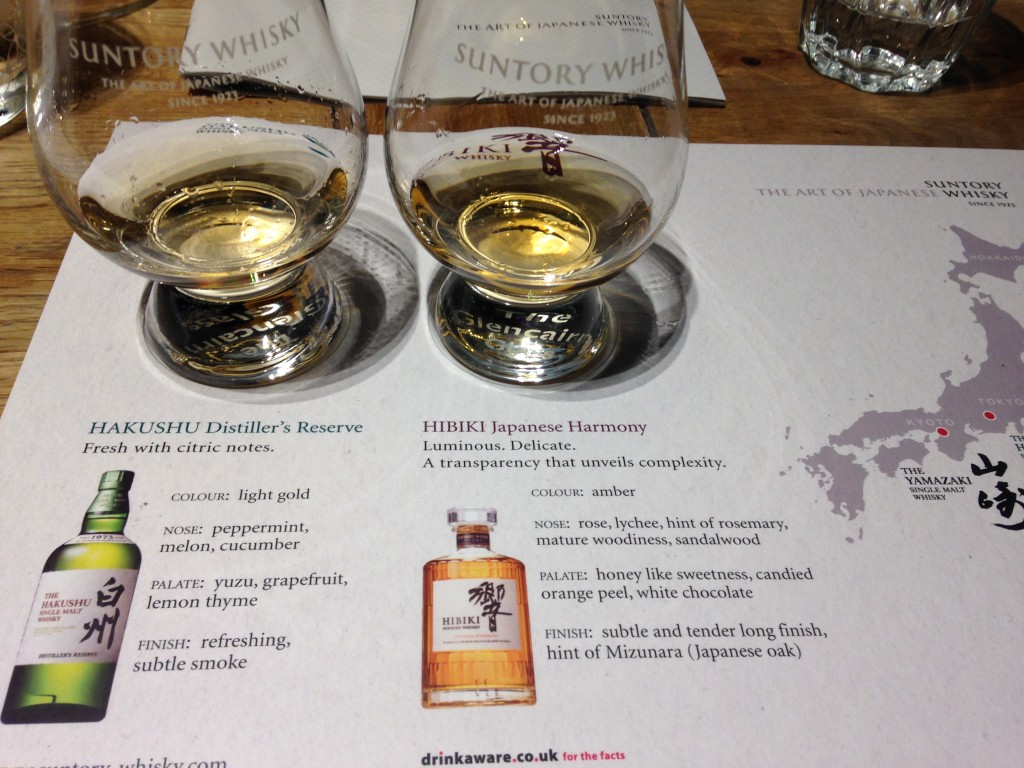 Straight bourbon (no added flavourings or colours) must be aged for at least 2 years in new aged barrels. Makers Mark, for instance, is aged for 6-8 years.

First up in the bourbon category was Jim Beam White. Aged for 4 years this was easy drinking with a tongue-tingling taste. This is not often drank on its own but it probably should be. This world’s best-selling bourbon acquires much of its sweet, caramel taste from the sap of the wood and corn held in their new oak barrels.

Makers Mark was next, launched in the 1960’s as the first high quality bourbon. Interestingly during prohibition the nations’ taste had changed due to the dryer whisky that was smuggled in. This held back the popularity of bourbon.

We finished off the interesting, tasty and intoxicating evening with two scotches. Auckney Islands single malt scotch Highland Park was first up. This has been aged in barrels that previously held old whisky, 95% in old bourbon barrels. Some is aged in sherry barrels, accounting for the sweet taste. This partially peated, dryer style of whisky has been aged for 12 years. We were told that the harsher the taste means the whisky hasn’t been matured for long enough.

Finally it was the hugely smoky Laphroig. This has been one of my favourite whiskies along with Talisker, and although I still enjoyed the hit of the smoke I’ve been converted to the subtler, smoother Japanese whiskies.

The night was passionately and expertly hosted and I left a more knowledgeable man on whisky. The food was also delicious and accompanied each whisky excellently.

Whisky Tide runs through to March 2016 and is a great way to appreciate the subtleties of the regional variances, flavours and brand heritage. They are hosting more events in the coming weeks and you can find out more and book here: www.youngs.co.uk/events

For more info take a look at the below websites: 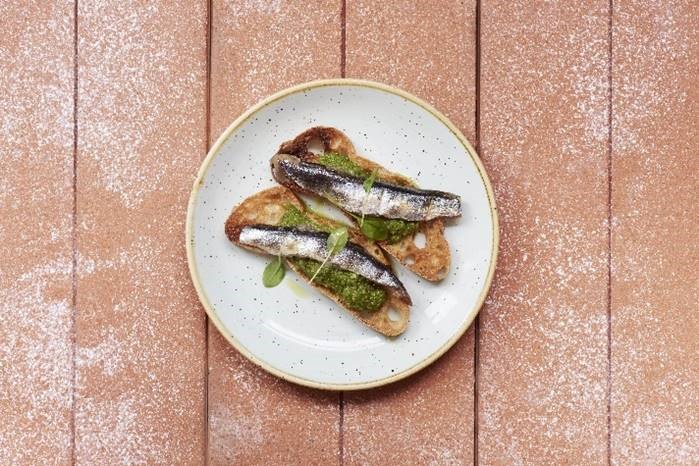 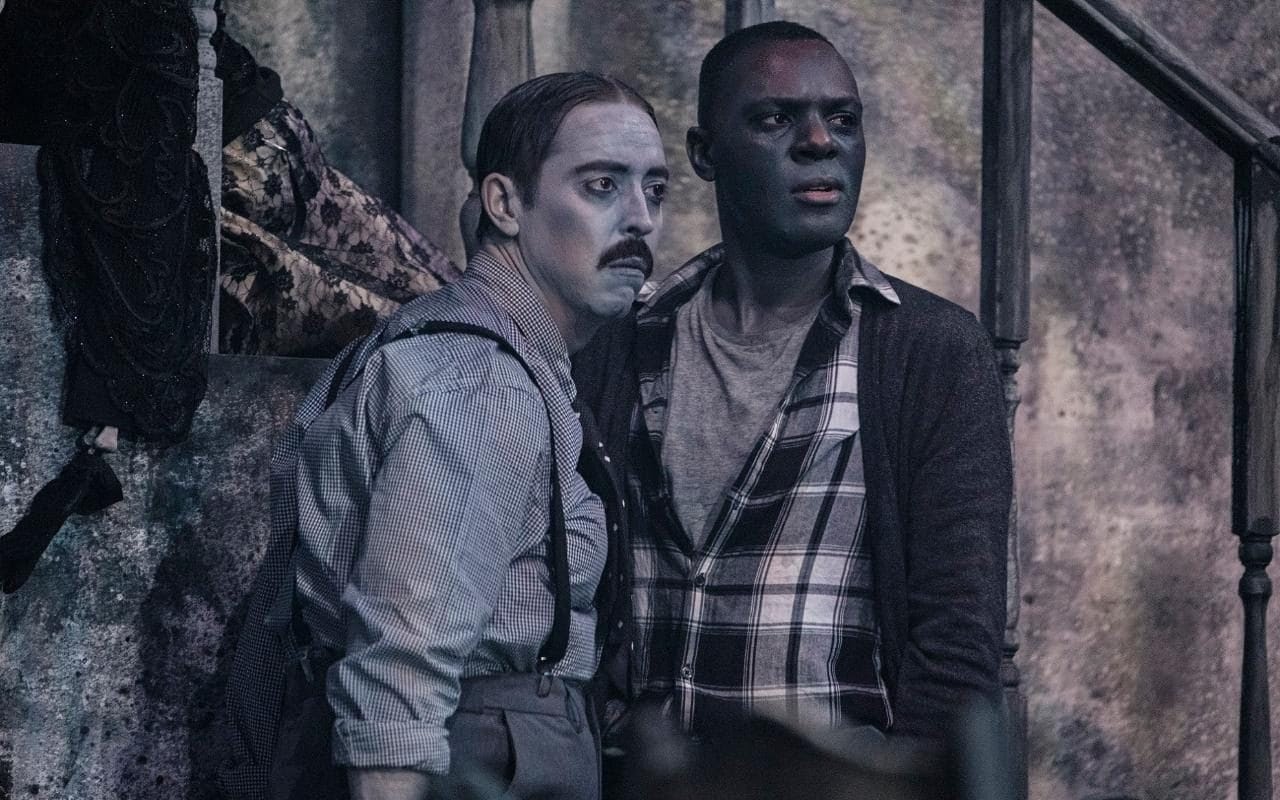