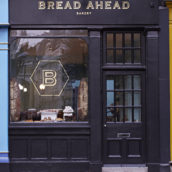 Bread Ahead Teams With Waitress The Musical

Waitress The Musical has announced today a new pie partnership with London bakery Bread Ahead! They’ll be making and selling the show’s famous fresh pies each night in association with the original creators, Cute As Cake of New York. Bread Ahead, well More » 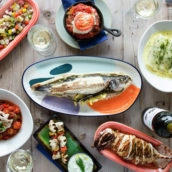 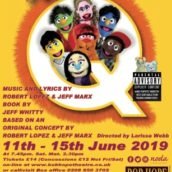 Avenue Q, the raunchy grown up version of the childhood favourite that rhymes with ‘mesame tweet’… is back and with a vengeance at the Bob Hope Theatre. I’m consistently wow’d by the productions at Bob More »

Avenue Q was the winner of the Tony “Triple Crown” for Best Musical, Best Score and Best Book and is part flesh, part felt, and packed with heart. It’s now coming to the Bob Hope More » 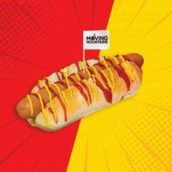 On the 6th May, the vegan favourite Unity Diner played host to launch of the World’s First Food Tech Meatless Hot Dog by Moving Mountains. Unlike any other vegan hot dog on the market, Moving More »