I’ll be honest I may have fallen in love with a MINI a MINI Countryman to be exact. Let me start by saying I’ve never had the desire to own a MINI, I know a lot of people do but I’ve always felt that they may be too small for our family and let’s be truthful these days that pretty much is the most important thing when you have a family.

When an opportunity arrived for us to give a MINI for a fun we thought it would be interesting to see if it could change our minds and boy did it. 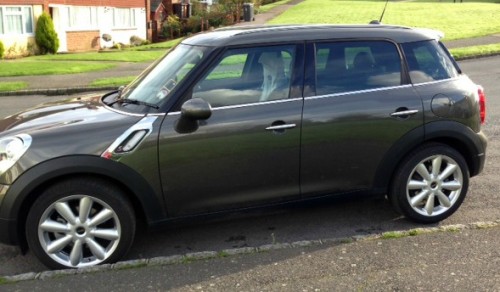 The model we had was a MINI Cooper SD Clubman 2.0 which is one of the top end models and it was definitely in a league of its own. From the moment I sat in the drivers seat it just felt right. With the bucket type seats that just seemed to cuddle you to the overall feel. So far so good.

So what does this model pack…well here’s the nerdy stuff.

With a 6 speed gearbox, and diesel fuel and a height of just over 1.5m which is over 10cms taller than the MINI One. 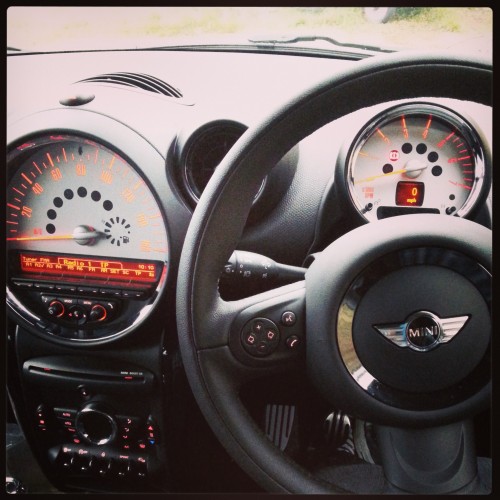 The Cooper SD 2.0 is very powerful and you can tell that straight away but it’s not too overpowering. There’s nothing worse that not having the confidence in your car to be able to pull out of a junction and with this there is no fear. It also just hugs the road no matter what the conditions are.

The ride of it is so smooth, from the gears to the suspension everything just feels smooth. The main thing I liked was the gearbox, it was a smooth change and the gears just seemed to be just right close enough but not too close. 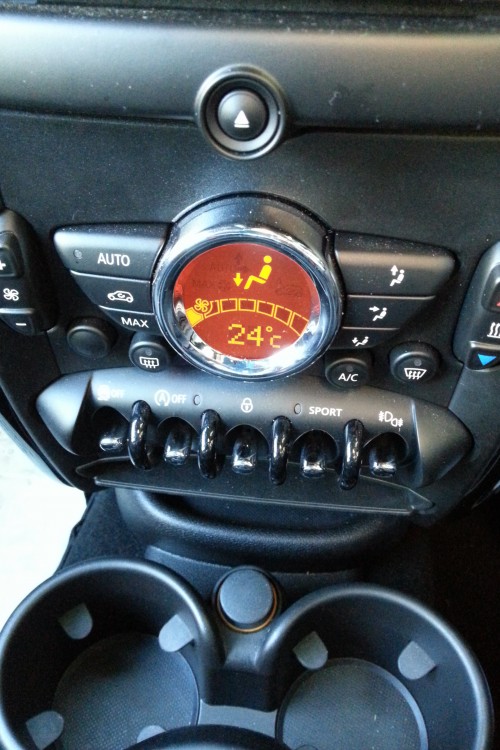 One thing you notice when sitting in a MINI is the speed dial situated in the middle of the front dashboard and I’m sure someone will tell me why it’s there but I was glad to see in front of the driver there is also a digital speedo. A couple of the dials I wasn’t a fan. There was just a small clock on the center speedo but that’s just a personal thing and the other was the fan settings, I felt they were just a little too low. If they were just a little higher I could change them without looking down but again it’s something you’d get used to and it’s not going to put me off the car.

So is it practical? Yes! For our family of 4 if would without doubt work with us. We went food shopping and we got all the shopping in the boot without any issues. The boot has a lift up bit which you can fit a fair amount in and then the main boot would fit a pushchair and added bags easily.

I’m sure you could find many reviews with all the technical facts and various figures but purely from the MINI Countryman being suitable for a family car it ticks all of the boxes.

Our usual family car is a Renault Megane Scenic 1.6 and the two are so different it’s unreal. The MINI looks and feels like a luxury car with the added advantage that it’s larger than the average. The boot of course isn’t as large in the MINI as the Scenic but it never claims to be, for the ride and the fact that it’s so fuel efficient. During the miles that we covered the fuel gauge only dropped down one notch and the fuel range barely moved. With fuel efficiency of over 60mpg it will be very friendly on the wallet another plus for it being family friendly.

All of us were sad to see the car go…life just hasn’t been the same since.

Prices for the MINI Cooper SD Countryman start at £22,240 and you can get more details from Mini.co.uk