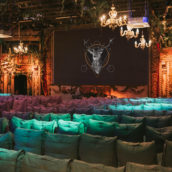 Backyard cinema have announced they will be returning with a new cinema experience, a brand new 250-seater Backyard Cinema in Wandsworth. Launching today – 13th September. The space will be its first permanent home, behind More » 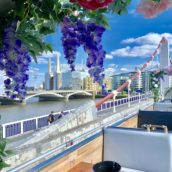 This summer The Original Tour launched the first ever London Bar Bus. But first… what is the London Bar Bus? It’s a a 44-seat mobile rooftop garden decked out with pretty fair lights, leather booth seating More » 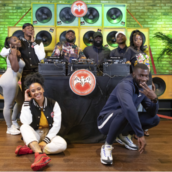 Casa BACARDÍ Returns To The UK!

Casa BACARDÍ returns to the UK with a series of live music events curated by a new ‘Sound of Rum Crew’. Featuring cornerstone artists including One Acen, P Money, Donae’o and Br3nya, the crew will More » 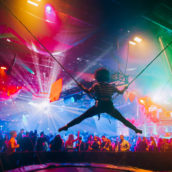 The UK’s number one party beer Desperados threw the world’s largest crowdsourced party on Saturday night. They partnered with Elrow and Skream to create the most welcoming house party with 3000 guests turning up! They walked More » 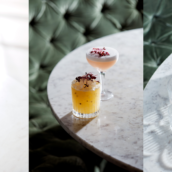 No 35 Mackenzie Walk to open up in Canary Wharf

Known for its collection of independent sustainable bars located in quintessential London villages, Darwin and Wallace have just announced their first East London ventures, opening their 8th space in Canary Wharf this October. ‘No 35 More »